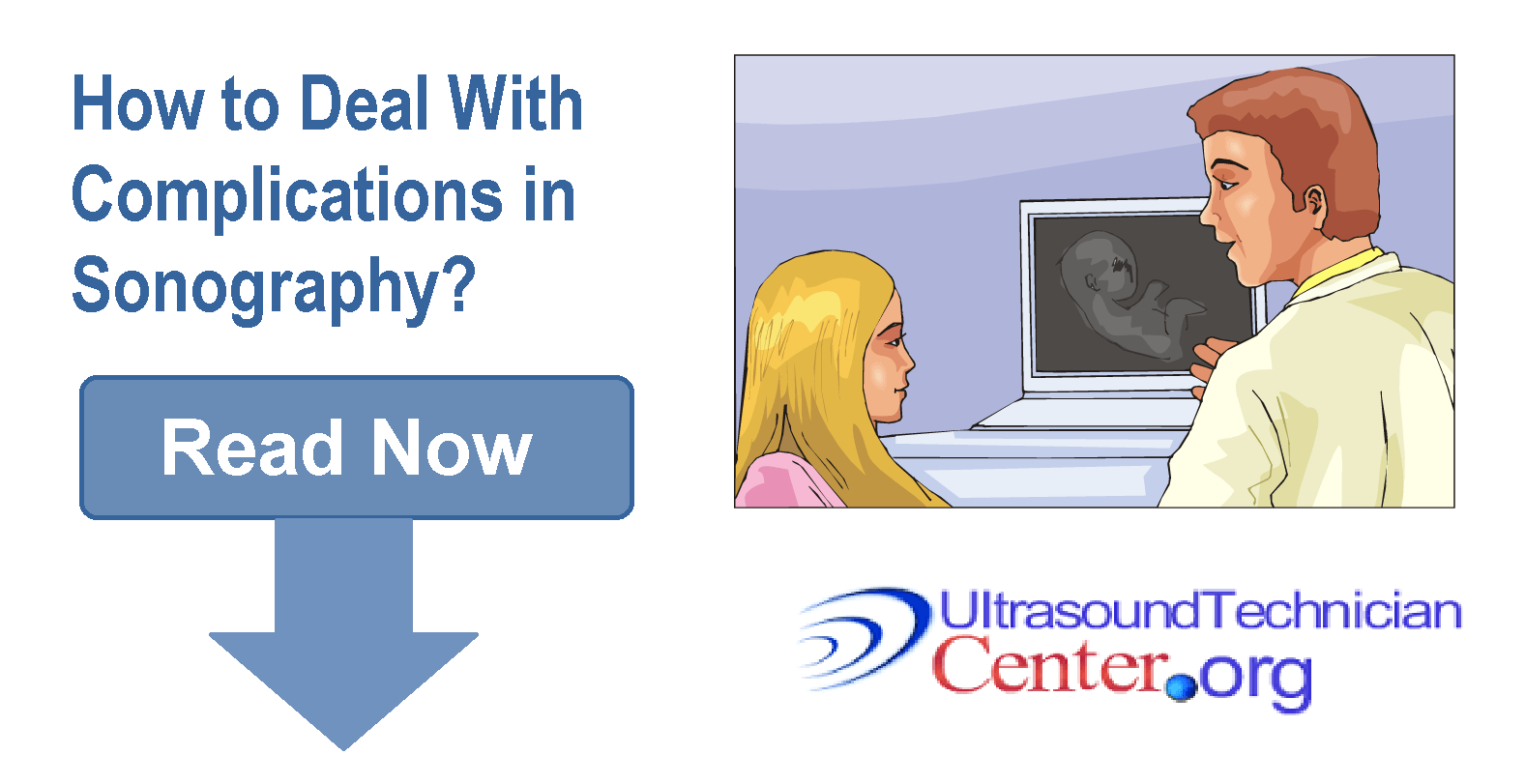 In the world of a Diagnostic Medical Sonographer, there is little more rewarding than providing parents-to-be with glimpses of their little one developing in the womb. From a video of the first heartbeat to three-dimensional images taken near the end of the pregnancy, allowing parents and loved ones to view the growth and development of their babies is arguably one of the most satisfying aspects of a sonographer’s career.

However, what happens when a scan does not go as planned, and the sonographer realizes that there is a complication with the pregnancy? Is it the duty of the sonographer to inform the parents, or should the parents wait to speak to their healthcare providers? It is a tricky situation for many sonographers since there may be differing laws and regulations pertaining to diagnosing complications depending upon the state and medical facility in which the sonographer is performing the scan.

To Tell or Not to Tell?

In some cases, a sonographer may wish to gently inform the parents that he or she has noted an abnormality with the fetus and that the parents should consider speaking with their healthcare providers. While this is a method of nudging parents to speak with their doctors for additional information, it may also cause unnecessary worry if the complication is not serious. On the other hand, remaining silent and allowing parents to believe that everything is normal with their developing babies may also be difficult for some sonographers, as the parents will not have any prior indication of a complication until they arrive at the next scheduled appointment.

Regardless, it is important to always conduct ultrasound scans with tact and respect. If a sonographer is unsure of what he or she is viewing, it is vital that he or she seeks the medical opinion from the presiding radiologist before he or she informs the parents. While all parents-to-be would like to remain informed on the development and growth of their babies, speculating that there is a complication when, in fact, the baby is healthy can often lead to disastrous consequences.

The distinction between what a sonographer sees and what he or she concludes because of what is seen is an important one to make. In other words, sonographers are allowed to make observations and capture images of these observations, but they are not to diagnose what they see. While not all sonographers follow this rule, it is generally considered to be the most effective method of conducting an ultrasound scan.

It is also important to consider that, in this day and age, the patient will likely be able to tell what is happening. When ultrasound scans were first performed, the patient was not immediately privy to the images or findings. Instead, the technician was essentially a specialist photographer who would take images and submit them to the radiologist. The radiologist would write a report and send it to the patient’s physician who would then inform the patient of the findings.

Now, however, as advances in technology have made scanning more transparent to the patient, the sonographer may freely chat and communicate what he or she is seeing. However, if the scan results are not as planned, the patient may notice a drop in the sonographer’s voice, an avoidance of eye contact and the ending of a previously easy-going interaction. Rather than train sonographers on the best ways to continue with difficult conversations, some hospitals may consider restricting sonographers to speak at all while conducting ultrasound scans.

Above all, a sonographer should make the parents-to-be as comfortable as possible without acknowledging any complications or problems. If a patient makes a decision based on the unconfirmed “observation” of a sonographer, and that observation is incorrect, the hospital may be facing a lawsuit that could have been prevented. Instead, if the patient asks if there is a problem, it is typically expected that the sonographer will reassure the patient and inform her that her healthcare provider will be in touch.

See our 8 Steps to Becoming an Ultrasound Technician in 2018!